Why Alexis Tsipras is a Bad Investment for the U.S Government! 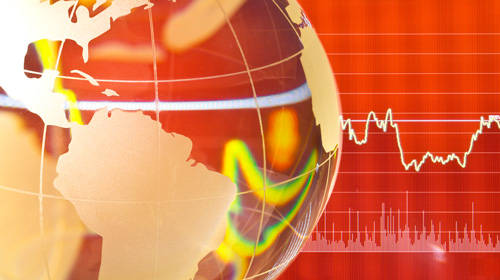 Surprisingly,these last weeks, I was tracking  press reports  concerning  the acceptance that  Alexis Tsipras seems to enjoy from America.As a culmination of all these was his recent visit to  Brookings Institute  where he spoke and participated in a discussion.In principle I would like to point out that it is imperative in the context of political action, players of the political game,to know each other.Alexis Tsipras, for better or worse ,is the leader of the opposition in Greece.In the same time we must not forget that SYRIZA represents the Radical Left which is unaware by the US.Therefore,what more reasonable than to be a contact for an exchange of views?
But  is there a hidden love between  Tsipras  and the American Government?

I answer. Definitely  NO.Whether there are some think tanks in the U.S. betting on Alexis Tsipras and his party, then everyone should resign from their hefty salaries.

Those who see  Syriza  as an investment, ignore structural features of Greek society, and specific components of domestic,political, economic game.At the same time they are  unable  or unwilling to understand that the terms of political action are driven by factors that SYRIZA can not accept or can not convince!SYRIZA was a revolutionary party of the radical left having  the support of 4% of the electorate. Covering  politically the so-called anarchist milieu.Αnarchists had SYRIZA as their shield and might feel as a part of the actors of public life. SYRIZA gave them oxygen!
In the last days, Samaras decision to clash with them caused lukewarm reactions by their side. The so-called space feels abandoned by SYRIZA which tries to address  to the middle class. The involvement of anarchists, with blind hits, will finally hit  Syriza  which gave them every kind of coverage all these years.At the same time, the so-called middle class is consisted of people with memory and requirements.  Citizens  who have mostly tested by the violent fiscal adjustment.
This part of the electorate, some of whom  turned  to  Syriza at the past  elections, listening to the speeches of the last four months, certainly does not feel comfortable! Perceives  folding! From  the revolutionary rhetoric of the left goes to the logic of necessary reforms and adjustments. The statement Alexis Tsipras made at Brookings that he will not tear the memorandum  certainly have caused grief to many citizens who initially believed on him. Furthermore Alexis Tsipras, taking advantage of the collapse of the political system actually replicated the rhetoric of Andreas Papandreou, saying things substantially liked by the “weary “ citizens.
Certainly the one who does not feel comfortable ,is the head of a radical tendency of Syriza , Mr. Panagiotis  Lafazanis, who rallies around him a 30% of the official holders of the party. This trend is likely to pull other officers and ordinary members of the party substantially leading to a split of the opposition in the upcoming conference. After all ,most executives in the organizational structure of the party believes and represents  the radical left. The polls reflect the great distrust of the electorate towards  Mr. Alexis Tsipras and his friends.
Given that the majority of undecided or disenchanted electorate comes from the Center Right, one realizes the great difficulties Syriza is facing. It is no coincidence that almost all the polls display Syriza at the same rate, while  Nea  Demokratia  and Antonis Samaras exhibit  a spectacular, given the circumstances,  rise ,in all quality metrics. In the event  that sudden fact does not happen , it seems that the trilateral government withstands. From the strength of the government also depends the existence of the two smaller parties of PASOK and Democratic  Left. An election, apparently will enhance Nea  Democratia , while all negative resentment  will go  towards PASOK and the Democratic Left. At this point I must  not forget to mention the great tolerance that Prime Minister Antonis Samaras accepts from the electorate. A  tolerance that comes from the consciousness of the Greek people.

For all of the above reasons the case of Alexis Tsipras and Syriza  is a bad investment with a huge risk for the U.S. government. The most sense for the Obama administration is to strengthen the argument of the Government By Antonis Samaras towards the German and European  demands and strengthen the geopolitical position of Greece  opposite  Turkey anticipating the time when Greece will go out to the markets  and will be able to move more comfortable in the geopolitical and geo-economic game. After all ,strengthening the arc of Greece-Cyprus-Israel against the failed experiment of the Arab Spring has more long-term benefits for the U.S..


Be patient until the German elections!